You know the agony of sleepless nights if you have restless legs syndrome. Your partner might complain that you kick them during sleep, and you undoubtedly wake up multiple times, making it difficult to meet your shuteye quota.

However, many people don’t understand much about this disorder. Even those who do can discover surprising new facts. Here are eight things you may not know about restless legs syndrome.

1. There’s An Association With Varicose Veins

Restless legs syndrome affects 7-10% of the U.S. population. The disorder occurs in both genders, although women are slightly more likely to suffer than men.

One of the reasons for the gender disparity may lie with the association between this condition and varicose veins, another disorder that typically plagues the female sex. Many patients who have had their varicose veins removed reported their RLS symptoms stopped after surgery.

The two share many of the same symptoms, although scientists must perform further research to discern the precise nature of the link.

2. It Comes In Two Flavors

RLS comes in two varieties: primary and secondary. Primary RLS is a neurological disorder that often arises in the middle years, although some people experience symptoms in childhood that gradually worsen with time. It has no known cause, although some report that the disorder runs in families.

Secondary RLS has an identifiable cause. It may stem from nerve damage, anemia or nutrient deficiency, kidney disease, or a comorbid condition like rheumatoid arthritis or Parkinson’s disease.

3. Certain Medications May Cause It

If your RLS developed after you began a new medication regimen, it’s time to talk to your doctor. Certain prescription and over-the-counter medications can spur or aggravate symptoms, and discussing alternatives could result in relief. In particular, watch out for the following drug types:

4. Pregnancy Can Spur Or Worsen Symptoms

Did your symptoms begin after discovering you have a baby on board? If so, you may have pregnancy-induced RLS. It’s one of the most common causes of insomnia among women.

Two critical nutrients associated with RLS are folic acid and iron. Both get depleted by pregnancy, and expectant mamas need extra folic acid to avoid neural tube defects in their newborns. Other researchers theorize that rising estrogen levels during pregnancy may contribute to the condition’s development.

5. There’s an Association With Parkinson’s Disease And RA

Doctors suspect that dopamine plays a pivotal role in RLS. That’s because they use the same drugs to treat RLS that they use for Parkinson’s disease patients. However, physicians must exercise caution in prescribing drugs because some dopaminergic medication may augment symptoms, causing them to appear earlier in the day or in the upper limbs.

Researchers remain unsure of the exact link between rheumatoid arthritis and RLS. However, approximately 30% of RA patients also have comorbid RLS. Scientists believe the correlation may stem from the immune system response as it releases cytokines during sleep.

Nerve damage interferes with the signals between your brain and your legs. The wires could get crossed, causing misfires at the wrong time and making you want to move when you should be sleeping. 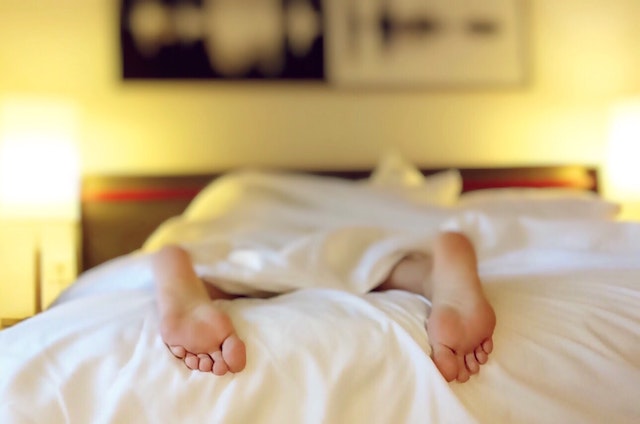 Many factors make symptoms worse for people with kidney disease. They’re more prone to anemia or high blood calcium levels, which contribute to the disorder.

8. You May Need To Increase Your Iron Intake

The most frequently seen environmental factor contributing to RLS is iron-deficiency anemia. Alcoholism, blood diseases, and autoimmune disorders can contribute to this issue, as can a poor diet. Iron-deficient patients treated with a supplement often improve, cementing the link in researchers’ minds.

You might try self-medicating with an iron supplement if you experience symptoms and have trouble seeing a doctor. However, use caution, especially when taking these on an empty stomach. They can cause nausea and vomiting in some people. It’s best to take your tablet with a small amount of food, although you should avoid dairy, which impedes absorption.

Things You May Not Know About RLS

Restless legs syndrome is not completely understood. However, it causes considerable suffering to many. Now that you understand several things you previously may not have known about RLS, you can take measures to prevent or treat it. Talk to your doctor and consider an iron supplement.